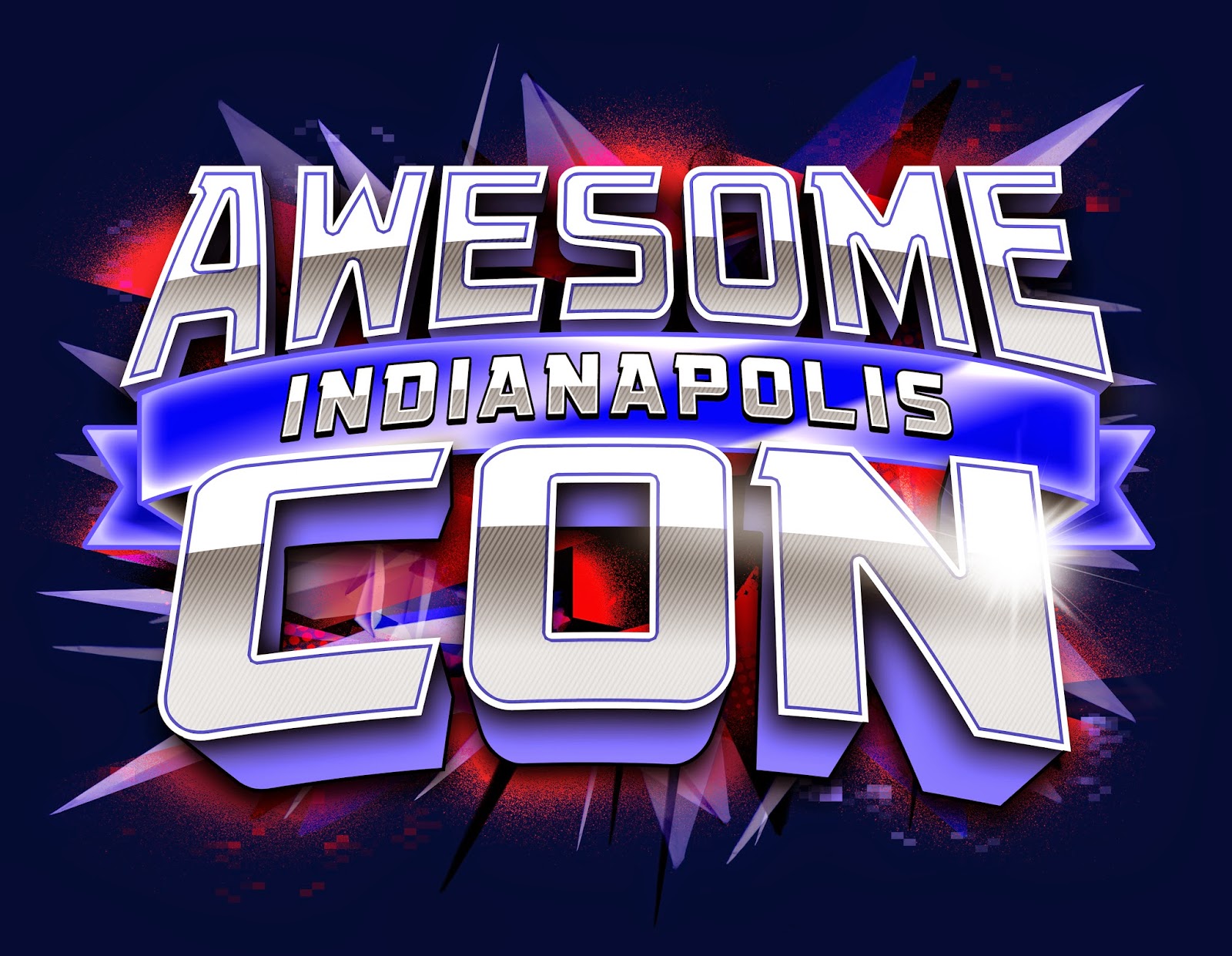 I first contacted the folks at Awesome Conventions through a form on on their website, in hope of being able to do an e-mail interview.  I received a quick reply from Debbie, who informed me that I could email Ben, the president of Awesome Conventions, directly. Debbie also emailed me several days later to let me know that CarrollFilms has been issue press passes.

The following is completely unedited.


Here is the contents of the e-mail I sent to Ben:
Hi Ben! Thanks for allowing me to get in touch with you. First of all, thank you for choosing Indy. I've lived in Central Indiana since my childhood. 15 years ago, Indy wasn't much, compared to what it is today. As a teenager, it was frustrating realizing that none of the bands I liked would stop in Indy,. The major city in the midwest is Chicago, and it seemed that any concert or convention worth going to would be in Chicago. Since 1990, more than $5 billion has been invested into the downtown Indianapolis area, which is $250k per person that lives there. The Convention hall has been expanded from 2 block to 6 blocks, and building the Lucas Oil Dome has brought large events like the Super Bowl to Indy.

The working title of my article will be 'Why Indy', and will focus on Awesome Con, and why you chose Indy. You may answer all the questions you see fit to, and add additional questions and answers of your own.

"James, cool! I'm just going to dive in and answer these.

Q: Would you mind telling me a little bit about yourself, and how you became involved with Awesome Conventions?

My name is Ben Penrod, I'm the President of Awesome Conventions, we run three Awesome Con events in the US, and two local one-day events in Maryland. I started the company with co-founder Steve Anderson of Third Eye Comics in Annapolis, Maryland, and originally we just wanted to run some fun events in Annapolis to supplement both of our businesses (at the time, I was selling comics online and at conventions), as well as engage the local fans who might not have been to any cons before.

Q: What is Awesome Con? How would you describe it to an average person?

Awesome Con is a multimedia fan convention. It's a "comic-con" style event, very similar to the San Diego Comic-Con or New York Comic-Con, which everyone has heard of, but it's for people who maybe can't make a trip across the country every year, or even for people who have a hard time getting tickets to those events. We will be bringing a similar experience to Indianapolis. At the core of Awesome Con is comics, and we've got a number of comic book dealers and comic book creators lined up for the show. We also have a very large celebrity presence, we have nearly 30 celebrity guests who will be signing autographs and taking photos with fans. The exhibit hall is filled out with other exhibitors who sell t-shirts, toys, games, and other cool stuff. There are also discussion panels, workshops, guest Q&As, speed dating, and lots of gaming (tabletop and video gaming) just outside the exhibit hall.

Q: When and how did Awesome Con start?

We started out with the two small events (Annapolis Comic-Con and Southern Maryland Comic-Con) in Maryland in 2011, and realized pretty quickly that there was a void in Washington, DC, for a larger comic-con type event. The first Awesome Con was at the Washington Convention Center in Washington, DC, in April of 2013, and it's very quickly grown to be one of the largest fan conventions on the East Coast.

Q: What is your goal and target audience?

Our target audience is anyone who loves geek/fan culture. We don't want to exclude anyone, I think there's something to be said for the energy of a large convention with lots of people having a great time. Everyone feeds off of everyone else. I think we'll be pushing 20,000 for attendance, and possibly more.

Much like in Washington, DC, we saw that there was a void in Indy. I know there are a lot of conventions in Indy, but there is nothing like Awesome Con, nothing that appeals to as wide of an audience and brings in dozens of celebrity guests.

Q: How do you differentiate yourself from other cons?

We just do what we do, I don't think we specifically try to differentiate ourselves. I spend about 30 weekends a year traveling to different conventions all over the country, and if I see something that works well or that people are really responding to, we'll incorporate it into our event, and I hope other events do the same with us. We had one of the first comic-cons with real kids programming, and a dedicated kids area. Everyone is doing it now.

Q: What are some of the key attributes to holding a successful convention?

Holy cow!! That's a good question. To have a convention, you need something for fans to do at the convention (exhibitors, guests, programming), and you need fans to attend the convention. To be successful, first we need to make sure there is a good balance. There has to be enough for everyone to do, but not so much stuff that people feel overwhelmed, or that the exhibitors don't get enough business. Second, we need to make sure that everyone knows about the convention. Our strategy for advertising is to distribute zillions of postcards and to advertise to everybody. Our guest list appeals to anyone who has ever watched TV, so we advertise that like crazy on TV, as well as radio and billboards.

Q: Awesome Con is projected to be the 5th largest nerd convention in Indy, behind Wizards World, Indiana Comic Con, Gen Con, Indy PopCon. Do you see these other conventions in Indy as competition?

Not at all. If we were the same size as any of them, then possibly. Awesome Con will be the largest comic-con style con in Indy. Gen Con is a completely different type of convention that draws a completely different audience from around the entire country. Our closest competitor is Wizard World, which runs a pretty similar type of event, but I think we are about half a year before they come to town so it's not going to impact us (or them) at all. Wizard World is a larger organization than Awesome Conventions, but our conventions are individually larger than theirs. In Indy, Wizard will probably be in a space about 2/3 the size of ours and bring in about half as many celebrity guests.

Q:  Are your future plans in Indy dependent on how this year goes? Or will this be a moving convention?

Indy is Awesome. I hope we are here forever. We have a date for next year, and I think Indianapolis is a city that should have one of the country's major conventions every year, so we're going to be building to that. The Visit Indy folks and the ICCLOS staff have been wonderful, this city knows how to welcome conventions in a way that I haven't experienced before.

Thanks man, let me know if you need anything else from me, or if you want to follow up on anything I said. "

Find our videos on YouTube at https://www.youtube.com/user/CarrollFilms/videos
And make suree to like our new Facbook Page
Posted by VGFsirius at 10:37 PM